Nakaia entered the garden portion of the simulation chamber. She was to have a meeting here now, but the captain was no where to be seen. Cursing the man, she spotted Shaela close-by tending to the planets. 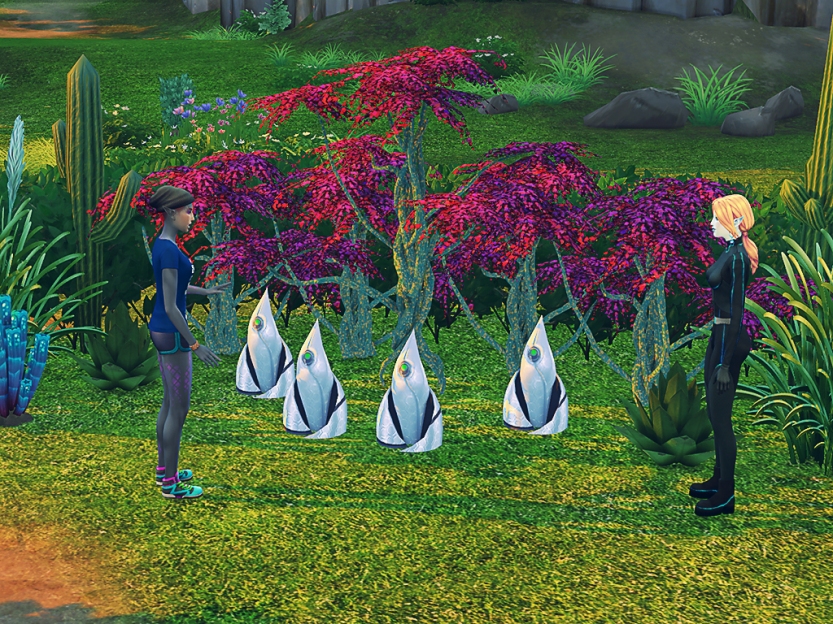 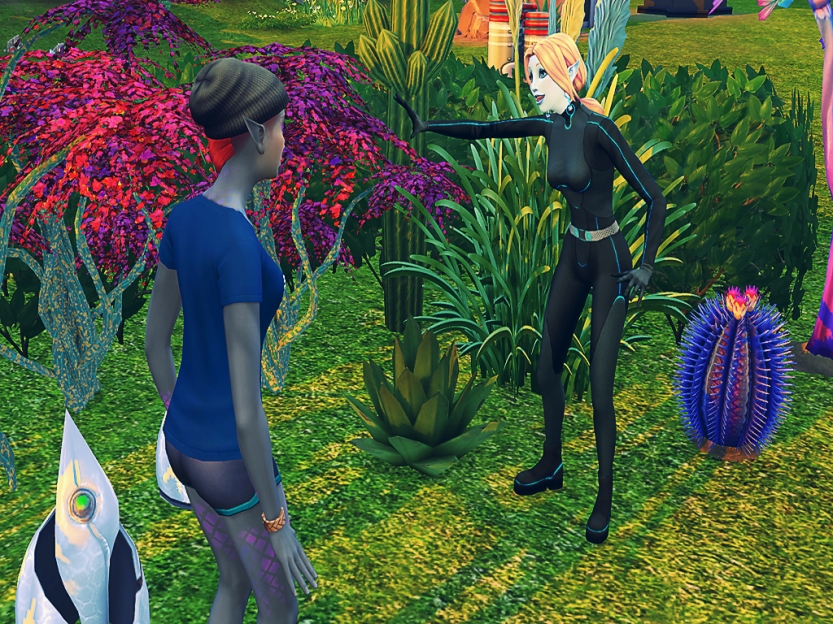 Shaela looked up and smiled. “Nakaia! Where have you been hiding?” 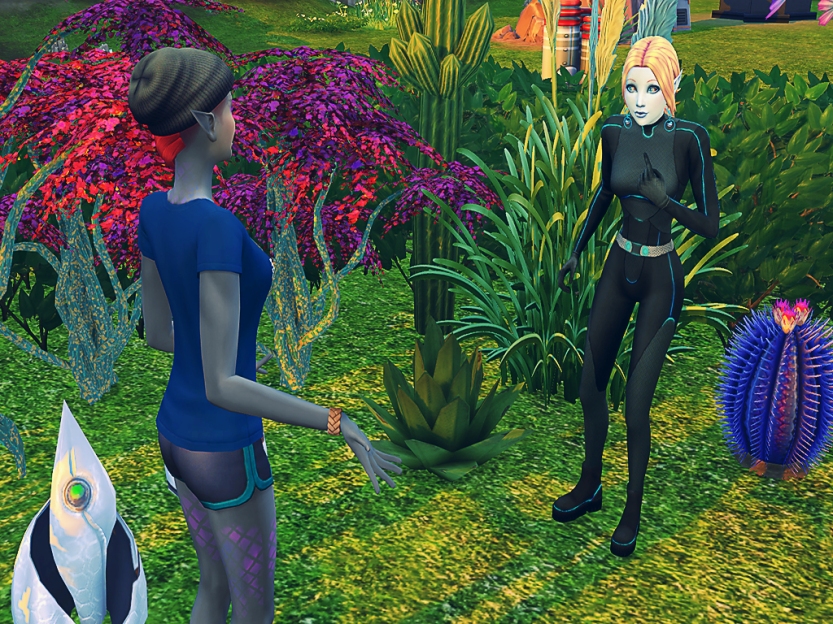 “Me? You’re the one that’s been staying in your room the whole time!” laughed Nakaia.

“True.” shrugged Shaela, “What are you doing out here, gardening isn’t really your thing is it?” 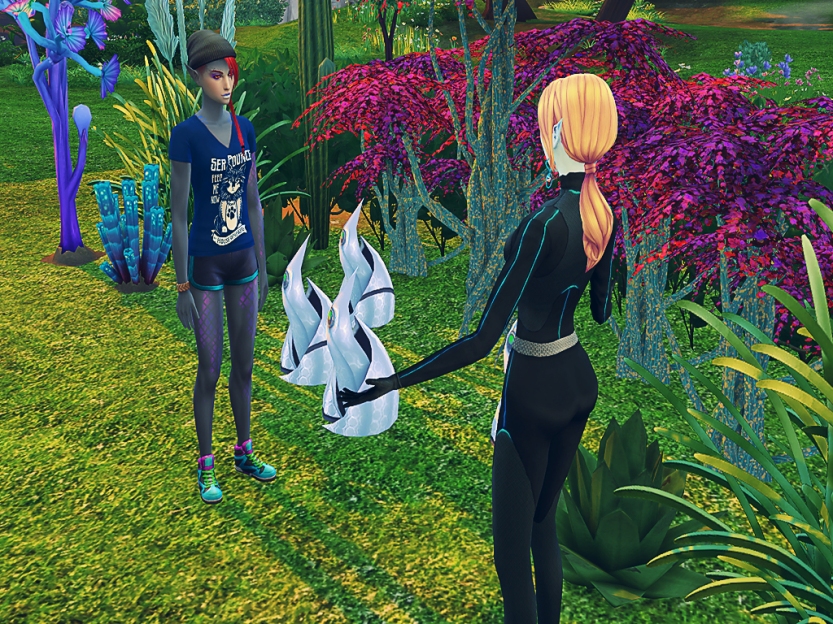 “Not really, no. I’m meeting the captain out here and that bloody Neb is late. You’re looking much better Shaela, we thought you wouldn’t make it for a while.”

Nakaia saw the captain approaching and Shaela excused herself. 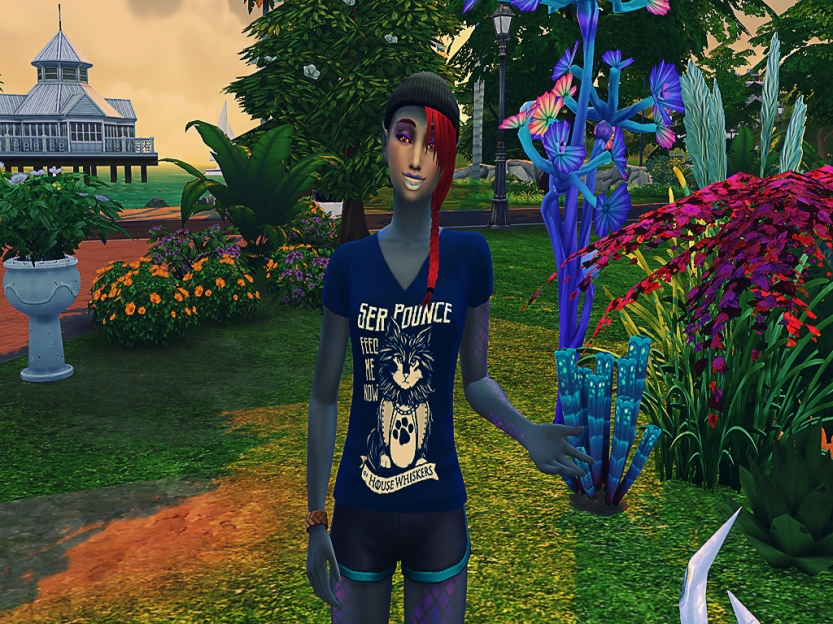 Nakaia watched Shaela disappear and was replaced by their Nebula-Runner captain.

Nakaia shook her head, she wasn’t in the mood for his games. She motioned for them to take a seat on the bench.

“What is this urgent report you wanted to share with me?”

“I received a message from a friend.” he started. “She had just resupplied on Xaabos and contacted me once her ship was outside the Xaabos system.”

“Emperor Saarang is dead and the Water Palace has been leveled.”

Nakaia narrowed her eyes. She could tell a lie, but Nebula-Runners were renowned liars, it had to be a fabrication. But his eyes, his eyes spoke the truth.

“Anything else” she probed.

“It appears that Korv has named himself the new emperor and plans to annihilate not only the Helsians as is to be expected, but my people also.”

“No one, I took the message in my quarters.” Xenglo replied.

Nakaia stood up to leave but Xenglo reached out and grabbed her arm. She tensed up and the captain removed his hand. “Don’t ever touch me unless I ask you to.” she snapped in a menacing voice. 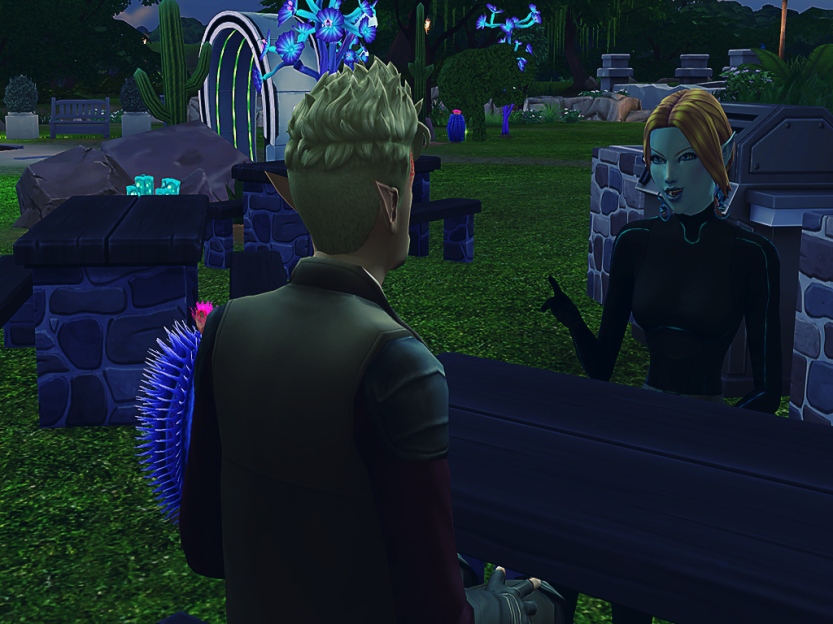 Xenglo cleared his throat, “There is one more thing my lady. I was hired by Korv.”

Nakaia stayed silent and still, even though she wanted to reach across the table and rip his treacherous Neb throat out.

“I think that with the interference from Pyroxius he had planned for me to never hear of his plans of genocide. I was to leave you stranded on a planet with no long-range spaceflight capabilities when we land, and return to him with the news.”

There was an opportunity here. A dangerous one for the unusually forthcoming captain. But it could give them an edge in what is to come.

“Continue with your plan captain. But when you give your report to Korv, tell him that Shaela is dead.”

“Just as I thought you would say.” Xenglo replied. “I won’t be able to return for you, but if you can make your way to Sixam I’ll have a spare ship waiting for you.”