Shaela wanted to go, she really did. But she knew that in doing so would just make things harder for herself come the weekend, when Leyva will choose someone else as her bond and their friendship would be over. 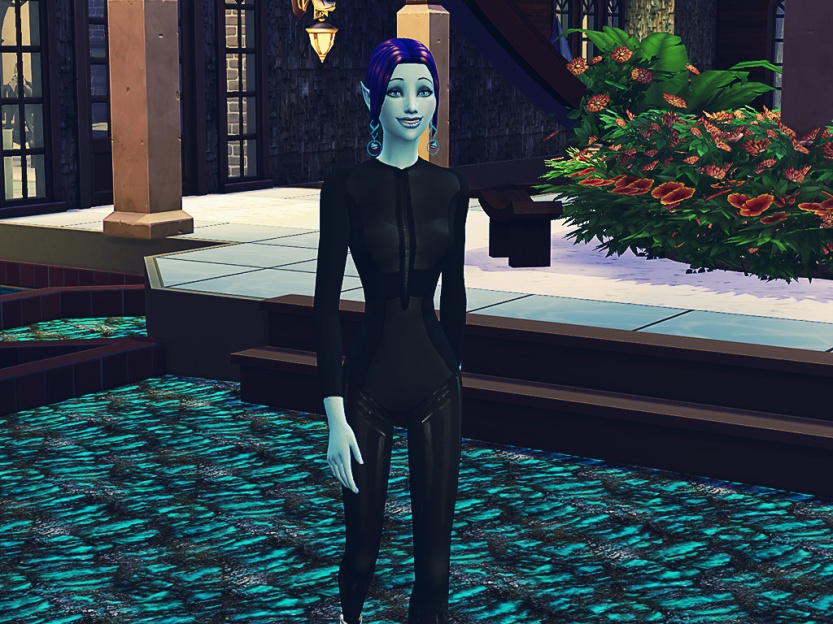 She was so self-absorbed in her own despondency, that she didn’t notice Nakaia approach and sit down next to Leyva.

“What are you two trouble makers up to tonight?” she asked. 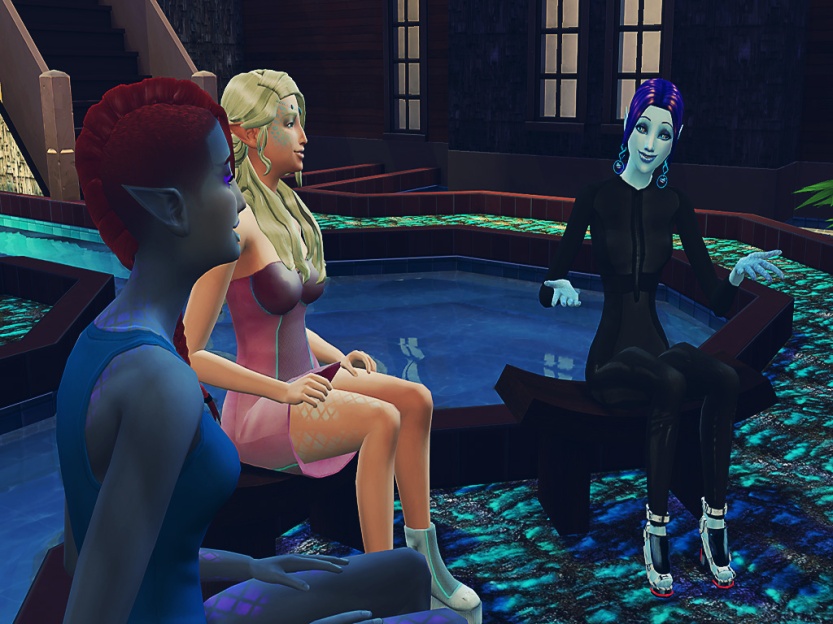 Her voice was like liquid silk, it had this beautiful quality to it that Shaela had never heard before. Each word that she spoke felt like it was composed by an artisan, each sentence a masterpiece that could bring a tear to the eye of the most stoic of man or woman, and bring joy to even the loneliest of souls. And that was just her speaking voice, when she sang time stood still and the whole world took notice – or so it seemed, eager to hear that subtle ringing that would echo gently within your ears. 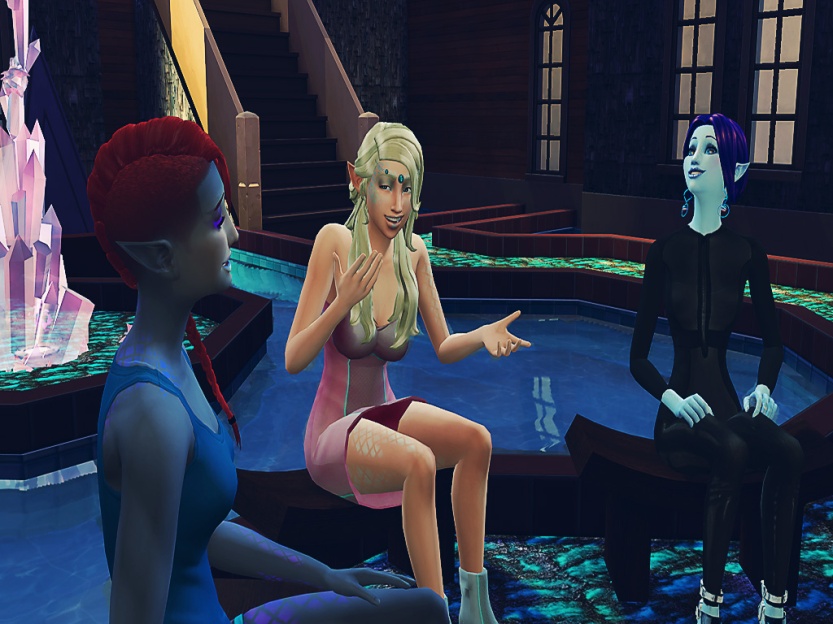 “We’re going to 8-Bit!” said Leyva, she’d seen the look in Shaela’s eyes and knew she was going to say no. Perhaps she could get Nakaia to persuade her.

“No we’re not. I’m going to bed.” added Shaela. Yet even as she said that she did not stand up from her seat.

“Aw, come on Red it’ll be fun!” begged the princess, as she turned around to Nakaia for support.

Shaela sat there miserable. She wanted to leave, why was she still sitting here? As she pondered on that question she felt this warmth that was uncharacteristic for the time of night, and all her troubles and fears seemed insignificant under the moonless sky. What harm would there be in going out? Shouldn’t she spend as much time with Leyva as she could? She started to smile, and that warmth felt all-encompassing. 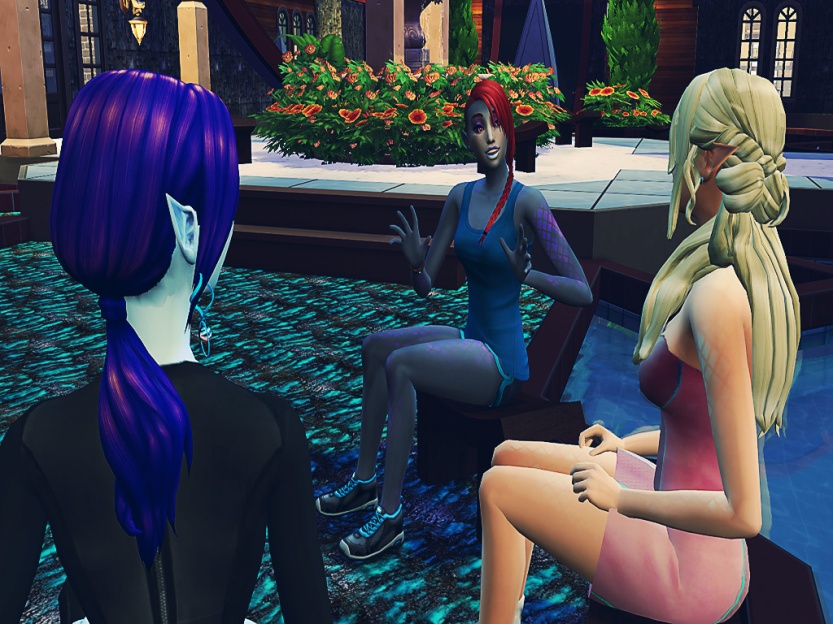 And it was at this time that Nakaia stopped singing. 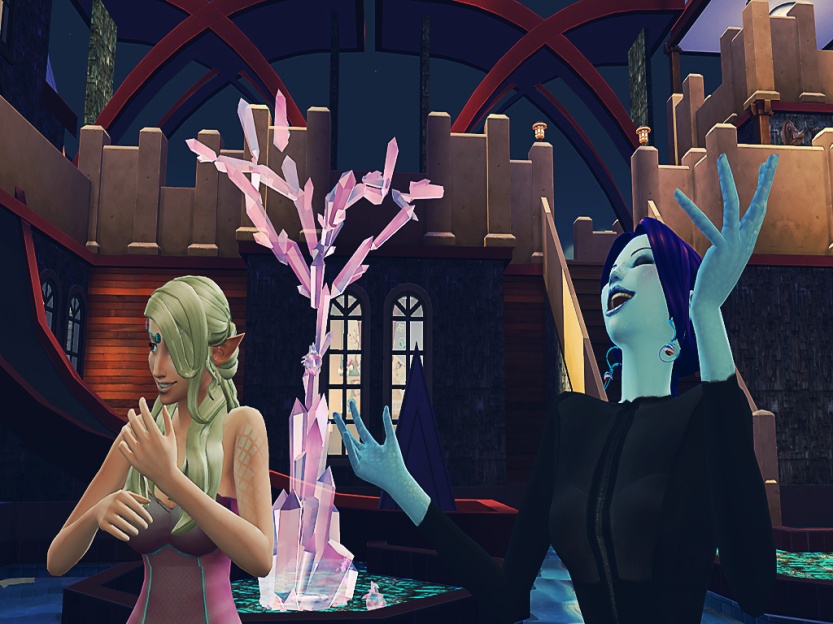 “Well, my job here is finished.” she winked at the princess, who was bouncing in her seat with joy “I’ll see you two there; I have a meeting with your father.” 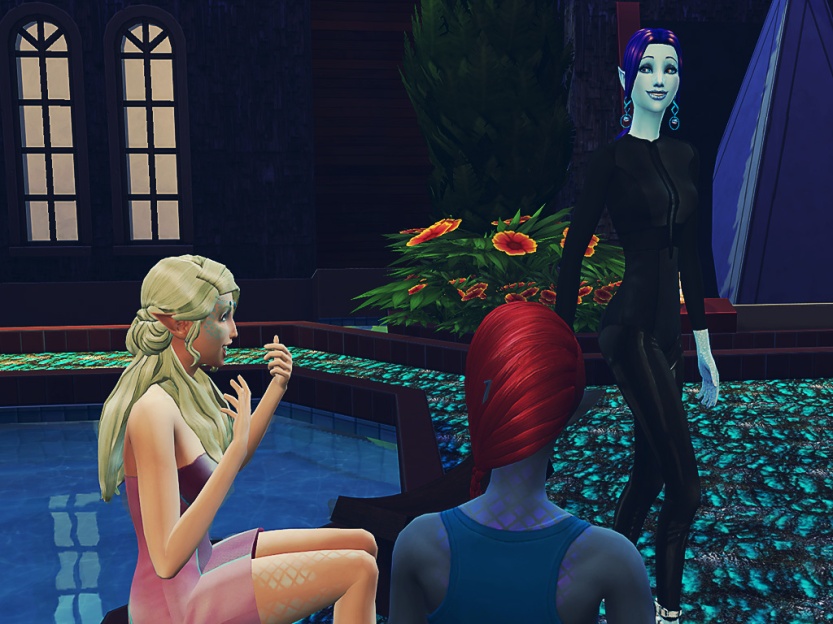 And without so much as a look back, she disappeared inside.

“I hate it when she does that.” Shaela said with a wry smile on her face as she stood up. “Guess I better shower and get changed, see you out front in an hour.”