Shaela was on her way back from the toilet, when she ran in to Korv sitting at the kitchen bar. 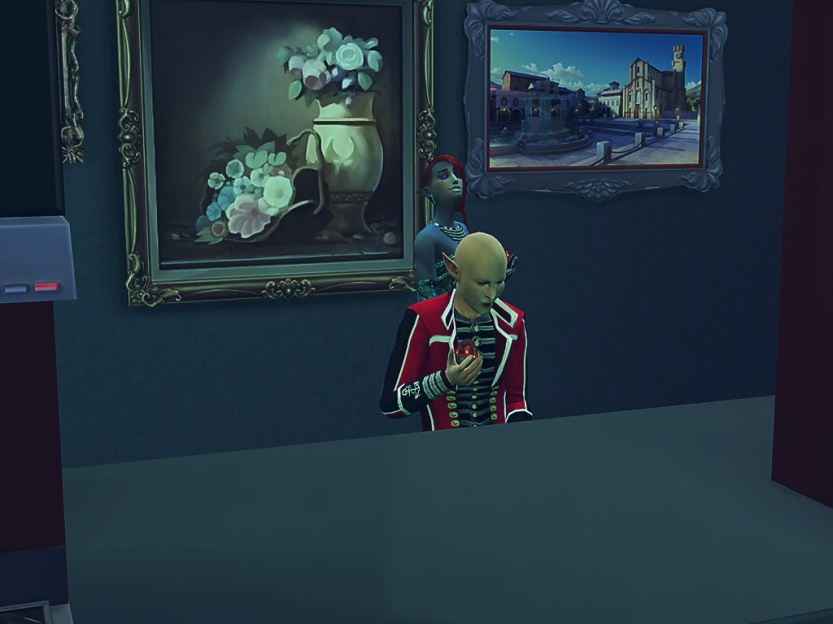 “Here, I’ve got something for you.” he said and offered her a chocolate strawberry.

Shaela stopped in her tracks and eyed the tempting piece of fruit in front of her with suspicion.

“Relax, it’s not poison.” Korv laughed as he took a bite out of the strawberry he offered her. “It’s fresh from Terra.”

Shaela sat down and took a bite of out the strawberry. It was succulent and sweet, the dark chocolate covering it was bitter and had a hint of chilli to it. The flavours were a perfect match and left her taste-buds dancing.

“Mmm… That is yummy!” she murmured as she took another bite.

They sat there for a while in silence, content to pick away at the plate of strawberries the caterer had left for them.

Korv finally broke the silence, “You know, I actually don’t know a damn thing about you.”

“What do you want to know?”

Korv scratched his head before presenting his first question, “What’s your favourite colour?”

“What about your hair, I never see you in any other style. Why is that?” he asked, genuinely interested.

“It’s a Helsian thing.” Shaela started. “You know that I’m the daughter of the chieftain right?”

“Don’t remind me.” he muttered, “Things are going so well.”

“Right, sorry. Well, it’s a symbol – among Helsian woman that live within the mines only a Chief’s daughter is allowed to braid her hair. If it’s hanging over the right shoulder, the daughter is betrothed but not yet married. If it is hanging straight down the back she is married.”

“And the left shoulder means she is yet to be betrothed?” asked Korv.

Korv stood up and held out his hand, “So, would the available chief’s daughter care for a dance?”

Shaela looked up in to the mans eyes. There was no hint of the malice that she often saw in them. She reached up and took his hand and followed him up to the dance-floor. 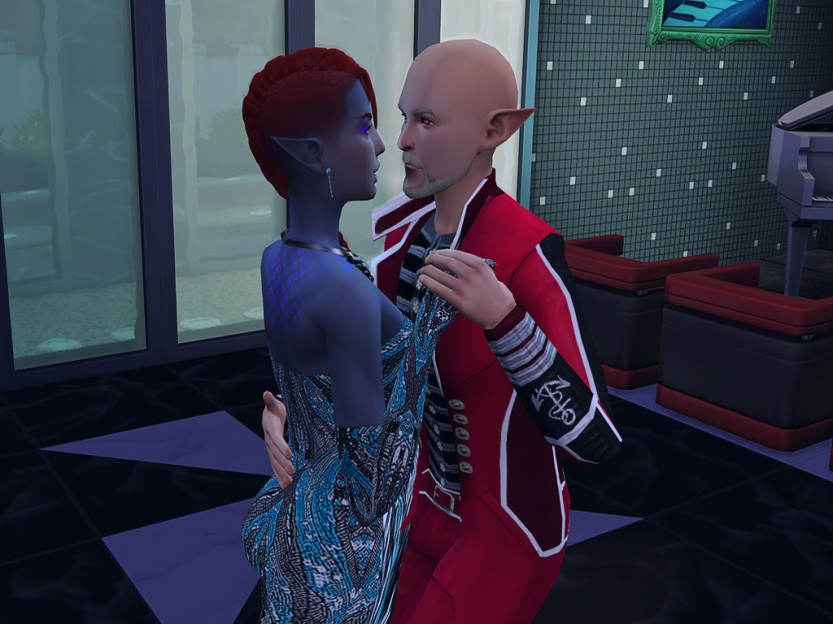 She was conflicted, how could she forgive him for everything that he had said and done to her. Yet here she was, in his arms, feeling the warmth of his body as he held her close, staring in to his deep brown eyes. She was lost in that moment, everything else just faded away.

When the music stopped, Shaela found herself breathing heavily. Still entwined in each others arms Korv leaned in and gave her a soft, kiss on her lips. It was short, and sweet.

“I- I need to go.” she said and she disengaged from Korv’s embrace and fled the scene.

Galvex watched from the bar and thought to himself, these kids are crazy.

“Red! Did I see things right? Were you and Korv dancing?” asked Princess Leyva when she found Shaela hiding in the kitchen.

Leyva gasped, “What was it like? It looked intense!”

“It was, but it was really nice. I don’t know if he really is changing or if it’s just for tonight, but by Apex it feels good!”

They gossiped about the royal cousin for a while before Leyva saw the time on the wall-clock “Father’s speech will be soon.”

“Of course not, father doesn’t care for these kinds of things. Why where are you going?”

“I don’t know, I need some fresh air.” Shaela hugged the princess, “See you soon huh?”

“Of course Red.” whispered Leyva as she watched Shaela walk away from the room. She would need to choose her bond soon, would this be the last conversation they had together? She hoped not.